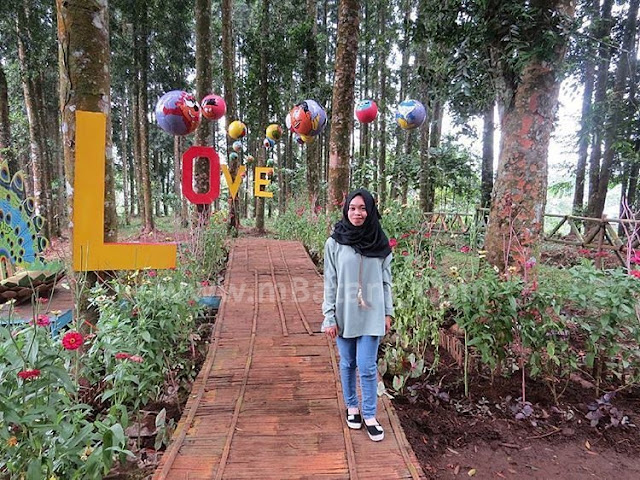 Sibiting Tourism Kembanglangit Blado Batang is located on Jl Bandar Dieng after Sikemangpark Tourism Siitng Tourism is classified as a New Tourism but becomes its own attraction to visit there. Facilities are in Sibiting Tourism Sibiting Curug, Sibiting Substation, Butterfly Wing, Playground, Selfie Tourism and still much more 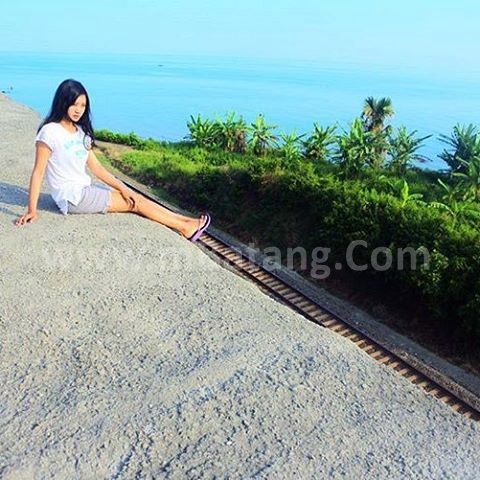 Photo By anisaameyy
Jodo Beach or can be called Buntu Beach. Jodo Beach is located in Sidorejo village, Gringsing sub-district, Batang regency, Central Java. To go to Jodo Beach the route from the direction of Kendal precisely from the border of the city of Kendal – Batang at Kuto times please continue west until it meets the first red light, then after that in front of the red light please take the right entry to the road in front of it. After that, please follow the streets in the village area. Rp. 3000 very cheap HTM Two wheeled parking Rp. 2,000 facilities on this beach are pretty good and arranged there is a fairly large parking lot, MCK is quite comfortable though limited, and there are also a number of street vendors selling food and drinks. 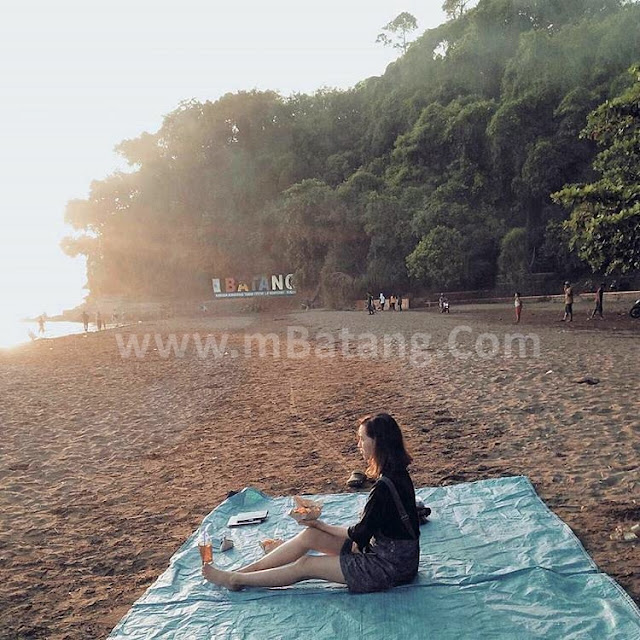 Photo by shiraana_
Ujungnegoro beach stretches with a stretch of sand, sea rocks and sea cliffs. The situation is still so natural even though there are complementary buildings that are indeed built by the local government to beautify UjungNegoro beach to be a natural tourist destination.road facilities to the beach, Ujungnegoro Beach is so easy to reach. Can use two-wheeled or four-wheeled vehicles. the distance from the pantura road is around 7 km. Walk through villages, fields and small jungles.There is a gate as a sign of this beach place. Visitors are also only charged low fees. Ticket entry is only Rp. 3000 per person. parking rates for motorbikes Rp. 1000, – Car Rp. 2000, – and trucks Rp. 4000, -.

Location: Ujungnegoro Beach, Kandeman Subdistrict, Batang Regency, Batang Regency, Central Java on the east coast, tourists can find very large rocks, there are very high cliffs. To reach the top of the cliff, dozens of steps are provided. Ujungnegoro Beach is a beach that has a double charisma, besides being a tourist spot, this beach also offers spiritual tourism. On the high coastal plain there is the Aswotomo Cave and a small cemetery inherited by Sheikh Maulana Maghribi. Around this area there are also interesting places for boating and fishing.In addition, there are wells that have fresh water and are located only a few meters from the beach edge of Ujungnegoro. 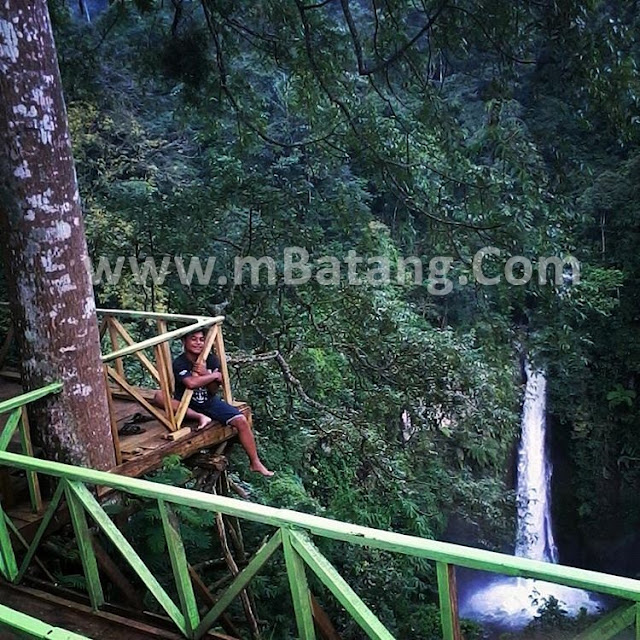 Gentin g Blado Waterfall is in Bawang Village, Blado District, Batang Regency, Central Java Province. within ± 38 km to the south of Batang City. Genting Waterfall is a waterfall in Bawang Village, Blado District, Batang Regency. Located approximately 38 km to the south from the center of Batang City. This waterfall has a height of around 40 mtr., And around the location of the waterfall surrounded by pine trees that make this location more beautiful. Route to the tourist attractions of Genting Blado Batang Curug To get to this tour, you can pass the journey from Batang – Bandar – Blado as far as 25 km. Then along the paved village road from Blado to Bawang Village approximately 5 km. After that to go to this waterfall, you have to walk down the stairs which are around 80 meters away. the new one at Genting Curug is the Lookout Substation to see the waterfall from a distance that is very beautiful which is perfect for those who like selfies. 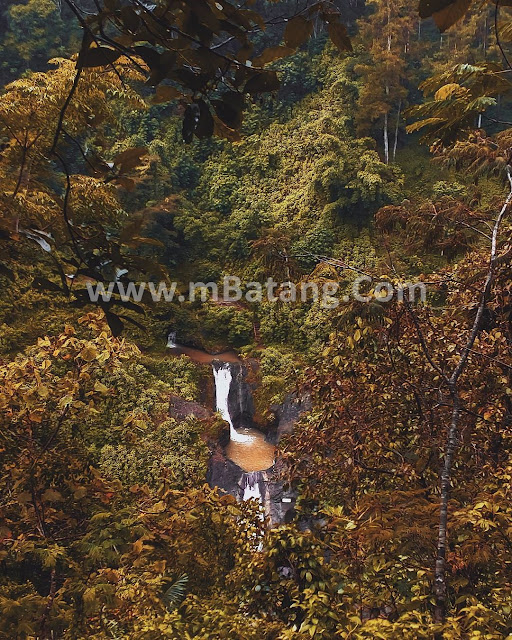 Sijeglong Curug in Batang Central Java is located in the village of Magosono, Tersono Subdistrict, Batang Regency, Central Java Province. Named Sijeglong, because each level has a broad water basin such as a pond, in Javanese terms the usual basin is also called “Jegong” from the name Si JegLong. Sijeglong Waterfall is directly adjacent to Kendal Regency to see a review of Sijeglong Silahkab Waterfall. 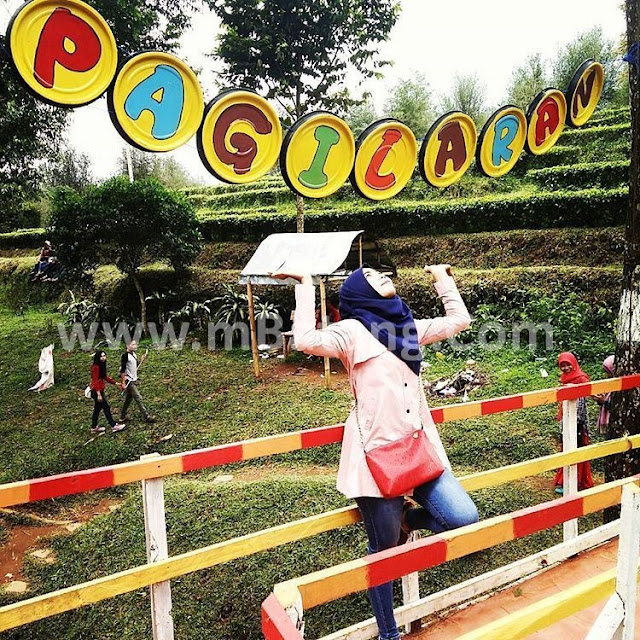 The tea plantation is located in the Blado area. To get there there are several routes that you can use. The easiest is from the direction of Semarang, please look for the Limpung square in the Banyuputih area, then take the direction to the South on the Limpung – Bawang highway. Continue the journey to jl. Raya Reban – Limpung as far as 5.5 Km. Then turn left, straight for a distance of 450 meters, follow the road as far as 4.6 Km.The distance between Limpung square and Pagilaran tea garden is around 15 Km or about 35 minutes without traffic jams. On some parts and corners of the road there are already signposts leading to Blado Batang stadium.

Seeing the process of making tea from picking, processing to packing at the factory

and many othersLocation: Keteleng Village, Blado Subdistrict, Batang Regency, Central Java This agrotourism is located approximately 1000 meters above sea level with an average temperature of 15-21 degrees Celsius during the day and 15-18 degrees Celsius at night, 40 km to the south from the city of Batang. The air that is comfortable, calm, cool and refreshing with green natural beauty can be witnessed here. 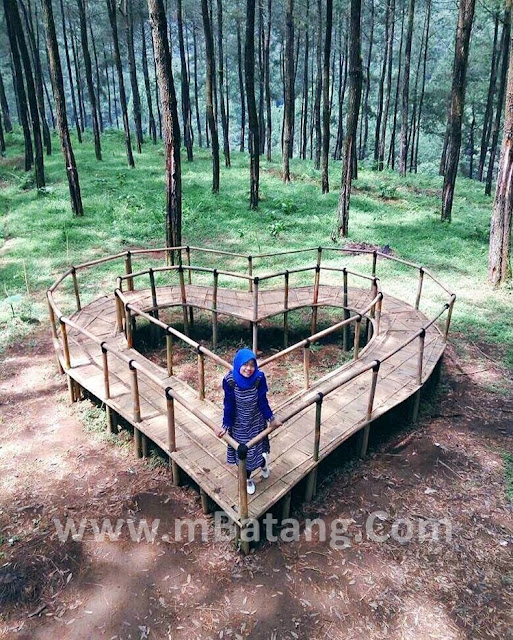 Sikembangpark Tourism has several attractions in the form of a shady nature tourism that is still beautiful.enjoy the beauty of nature around the top of a bamboo bridge or can be called Sikembang Canopy Bridge, get cool photos by being above the height of the pine tree background. The Kembang Park has various rides and interesting spots that visitors can try one by one.Bamboo Bridge, Viewpoint, Tree House, Hammocking, Flying Umbrella Area, Flying Ball, Selfie Love are of two kinds, Big flowers for selfies, Colorful Bamboo and many more that always Upgrade

The price of a Sikembangpark Tourism entrance ticket is very cheap. Visitors only need to pay Rp. 3000 for admission tickets. With this fee, you can enjoy all the beautiful spots available.