Top places to visit in us

Along the East Coast, New York, and Washington, D.C. offers two unique city experiences and differences. Along the West Coast, San Francisco, and Los Angeles, both are hotspots for tourists. In the Southwest, Las Vegas revives the desert, and the Grand Canyon showcases one of nature’s greatest creations. Outside the mainland are the beaches of Waikiki and the tropical Hawaiian Islands. These are just a few of the main locations, but exceptional destinations for all types of tourists can be found throughout the country.

Discover more Americans with a list of the best places to visit in the United States.

10 best places to travel in the US 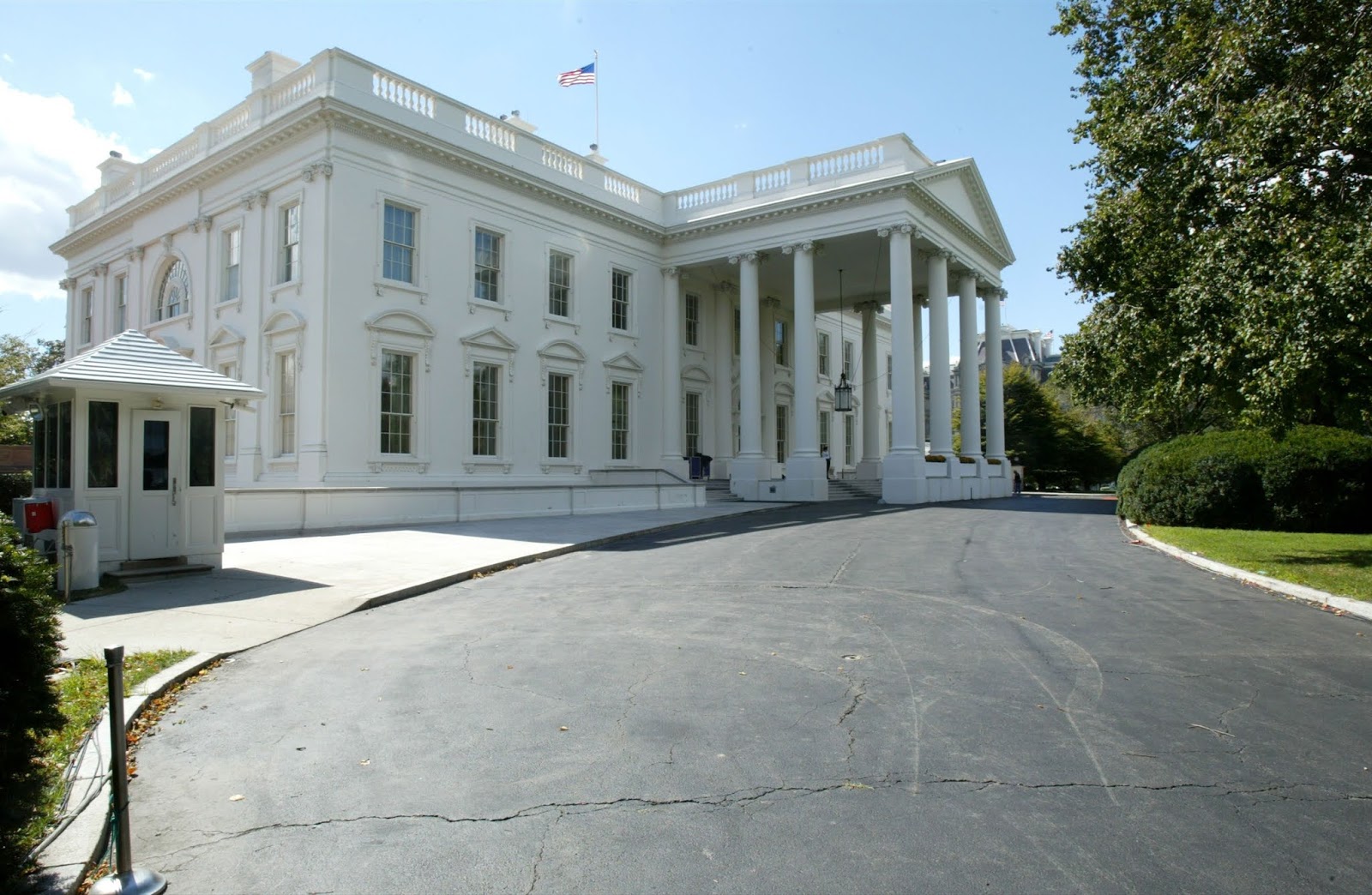 The White House or White House located in Washington DC is the official residence and office of the President of the United States. Built between 1792 and 1800, this building was first used by President John Adams.

At present access to the White House is considerably more difficult than before the WTC bombing. To be able to visit this building, tourists must make a reservation in advance at least six months before the date of the visit through members of Congress or the US Ambassador in their respective countries and limited to only 10 groups at some time.

Read Also: History of when Machu Picchu was discovered 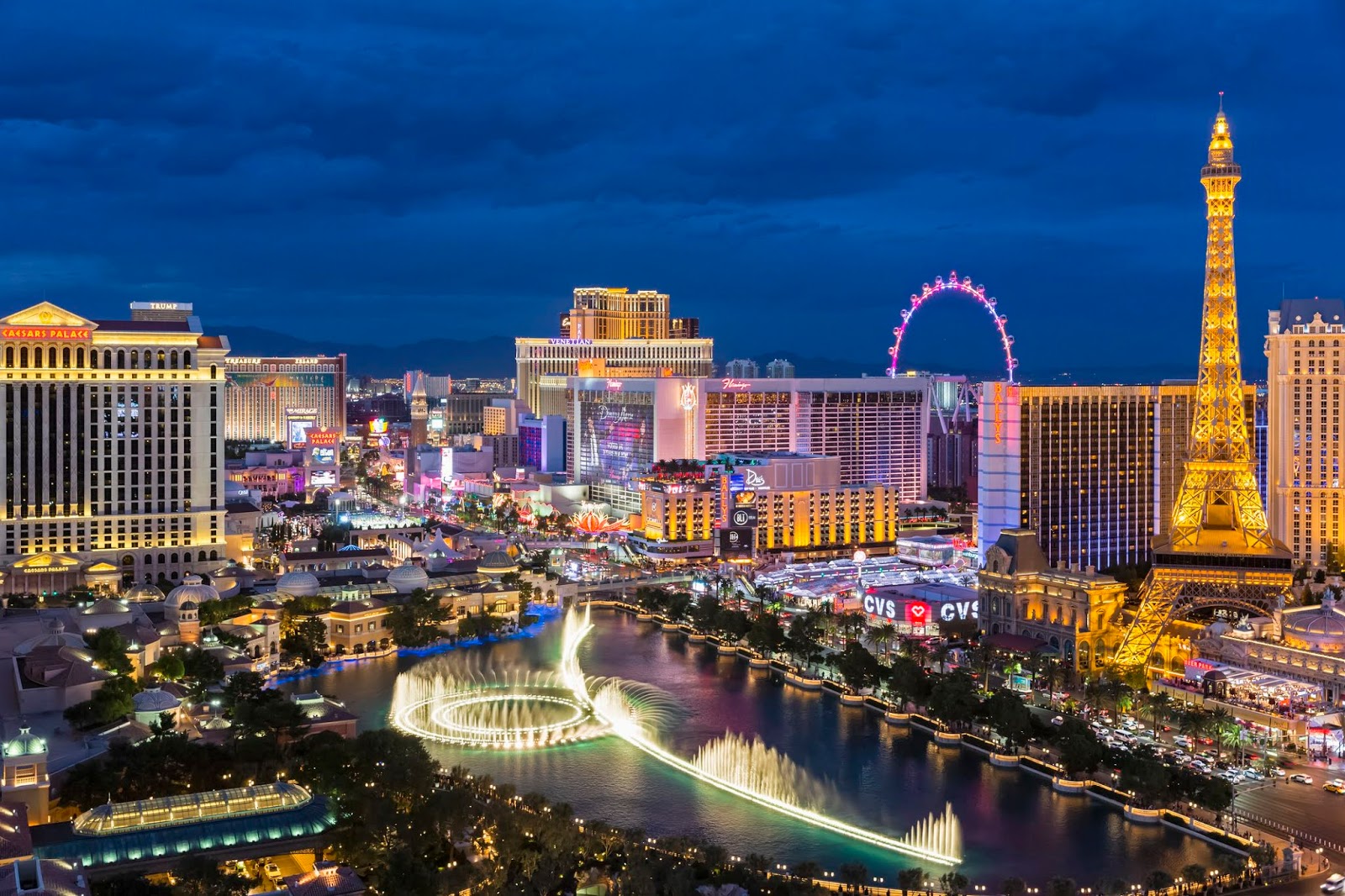 Las Vegas is a tourist spot in America which has become an icon of world gambling. Located in the southern Nevada desert, the Las Vegas Strip is known as a center for resorts, hotels, and casinos. Walking along the Las Vegas Strip, you will be treated to views of mega-resorts and giant casinos with glittering luxury facilities such as walking in an amusement park for adults. 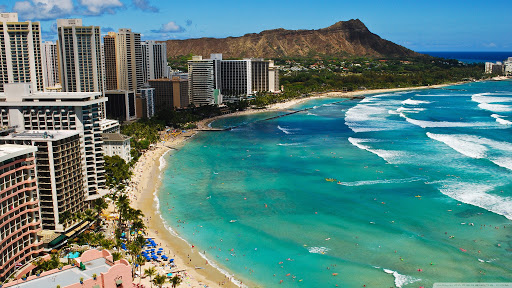 Waikiki is home to famous beaches in the Hawaiian Islands and beyond. Waikiki has been a popular tourist destination for a century because this area is a cross between a tropical paradise and a modern city.

In this tourist spot in America, you can feel the pleasure of relaxing under a palm tree, feeling the sea breeze and the reconciling waves, with a background of tall buildings and shopping centers. Here tourists from all over the world gather to sunbathe, enjoy special culinary, shopping, and surfing. 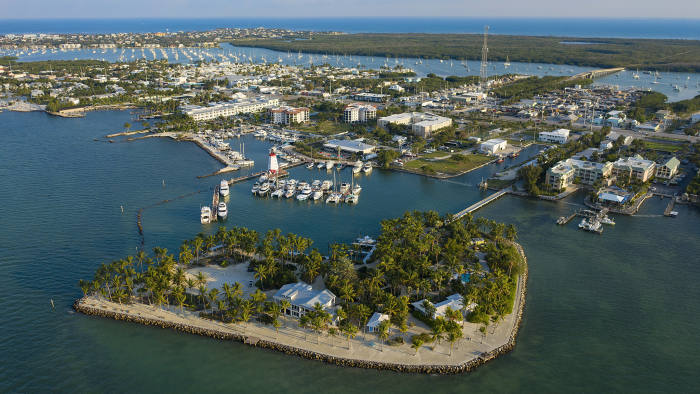 The Florida Keys are a collection of coral islands located off the southern coast of Florida. The Florida Keys have become one of the most popular tourist attractions in America for Americans who are looking for a tropical vacation without having to leave their own country. The main tourist activities in the Florida Keys include fishing, scuba diving and snorkeling, boating, sailing, kayaking, and eco-tourism.

The Florida Keys have a length of approximately 110 miles and each island is connected by a bridge called the Overseas Highway. There are 5 interesting spots in the Florida Keys, namely Key Largo a place where you can enjoy the beauty of the underwater, Islamorada which is famous as a sport fishing location, Marathon which offers a variety of resorts to relax, Big Pine Key that provides various types of tours such as snorkeling or bird watching, and Key West, also known as Last Resort.

Read Also: Must Do Things In Hawaii Oahu 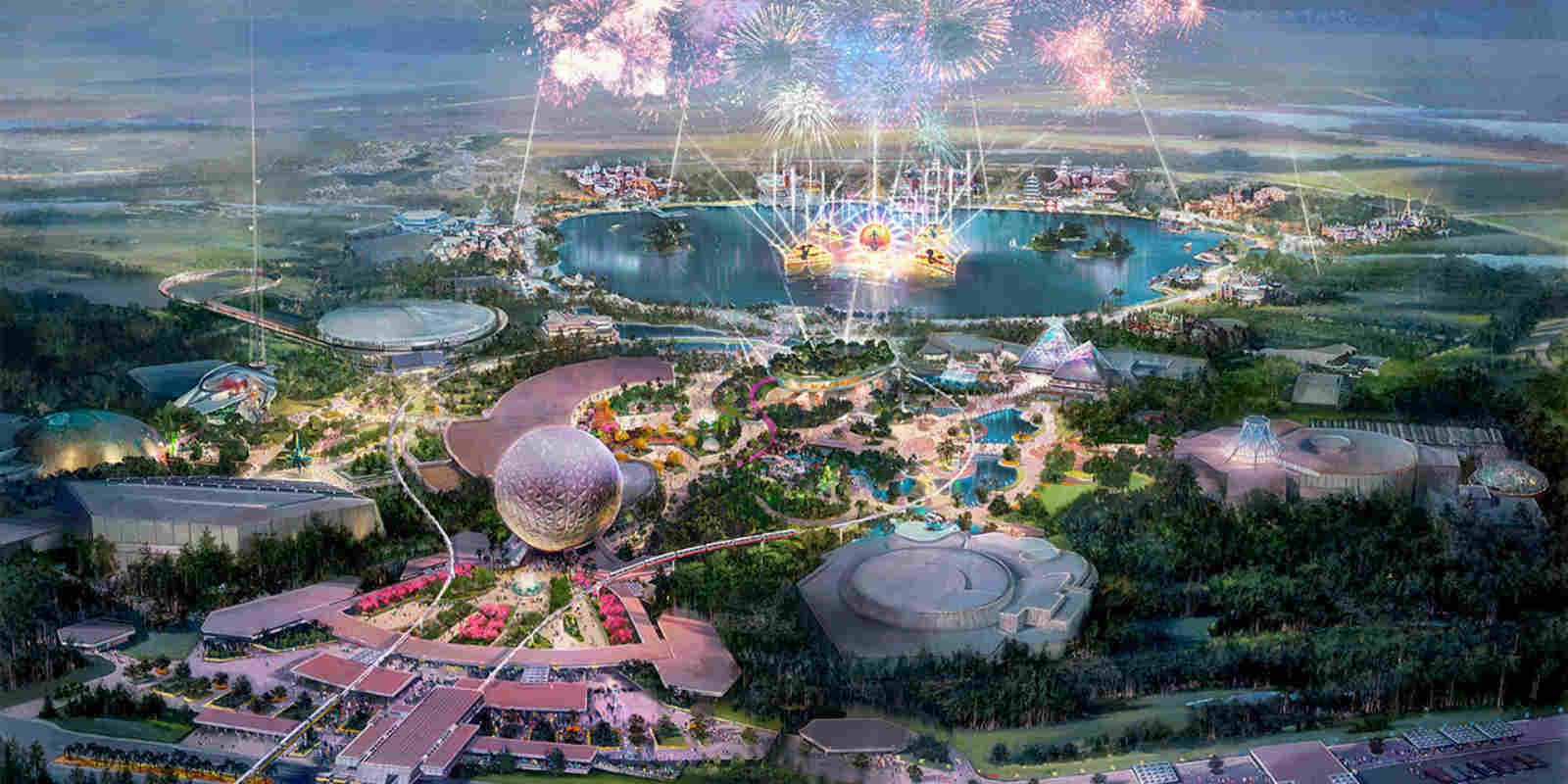 Opened in 1971, Walt Disney World managed to maintain its existence as an amusement park that appeals to children or parents. Located in Bay Lake, Florida, this tourist spot in America has so many attractions that it won’t be finished if you visit in just one day, starting from Disney’s Hollywood Studios, Disney’s Animal Kingdom, Magic Kingdom, Disney’s Wedding Pavilion, Disney Springs, Epcot, Disney’s Typhoon Lagoon, Disney’s Blizzard Beach, golf courses, and many others. It took approximately 7 days to be able to enjoy all the rides at Disney World. 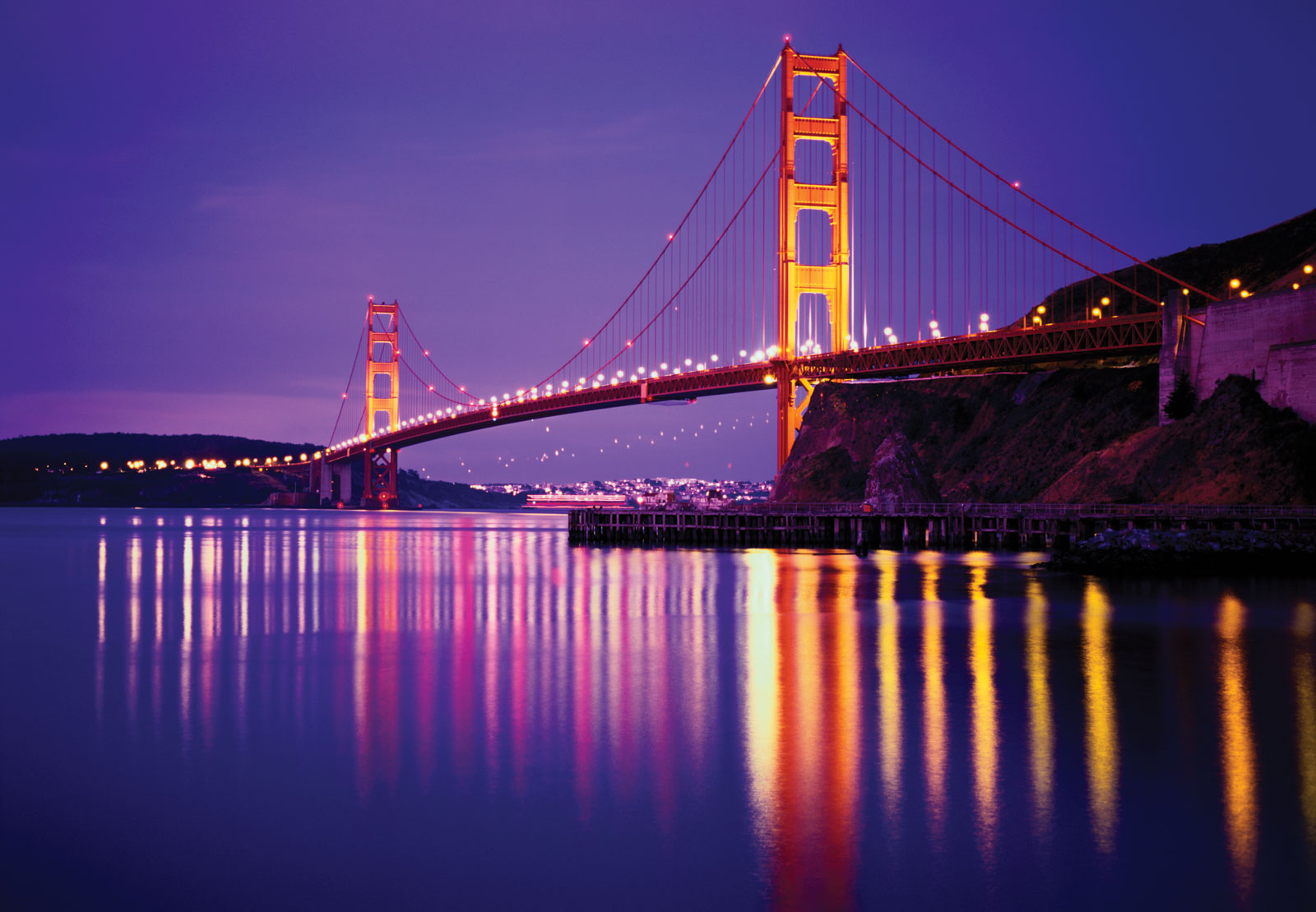 Yellowstone National Park is the first national park in America that began to open in 1872 with the aim of preserving a large number of geysers and hot water, protecting wildlife, and preserving the beauty of the area.

Of the many geysers in this tourist spot in America, the most famous is called Old Faithful Geyser. This geyser is one of the most predictable geographic phenomena on earth because it erupts every 90 minutes or so.

In addition, there is also the Grand Prismatic Spring which is the third-largest hot spring in the world with a combination of red, yellow, orange and blue. The amazing color of the Grand Prismatic Spring is caused by pigmented bacteria that grow around the water’s edge. Some of the wildlife that you can find in this area include bison, deer, black bears and grizzly bears. 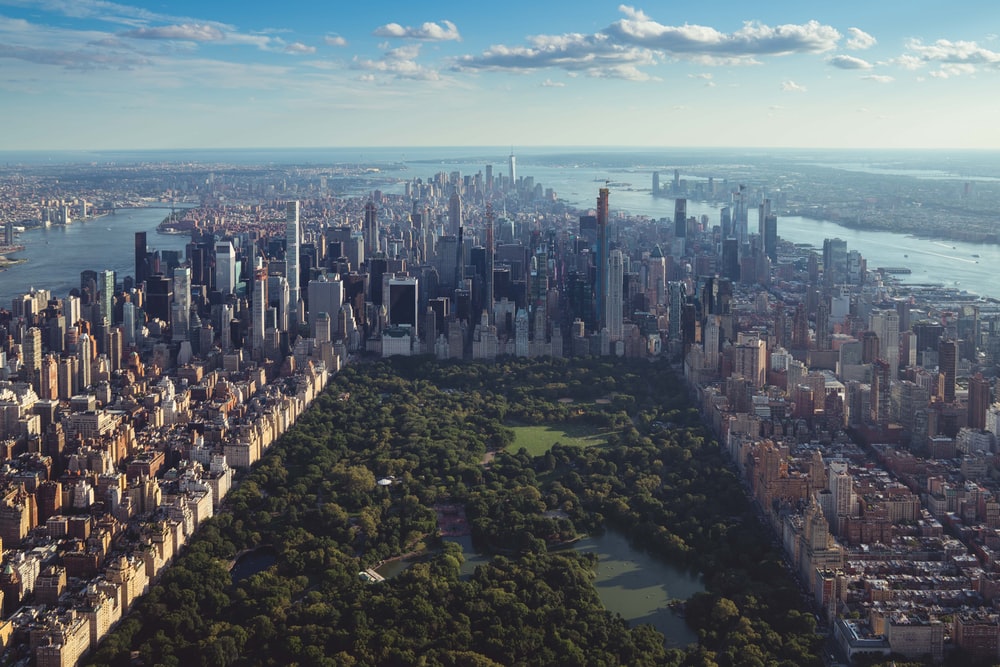 Portraits of Manhattan you must have often found in various widescreen movies. Manhattan offers many places to visit, ranging from skyscrapers, the Statue of Liberty, Broadway shows, Empire State, a leisurely stroll in Central Park, and the most famous is Times Square.

Times Square is a large commercial intersection located in Manhattan. This intersection is adorned with giant and luxurious giant billboards. Time Square is also touted as The Center of the Universe which is one of the busiest pedestrian intersections in the world. Around 400,000 people pass through Times Square at any time, and many of them are international tourists. So when visiting Manhattan make sure to take some photos in Times Square. 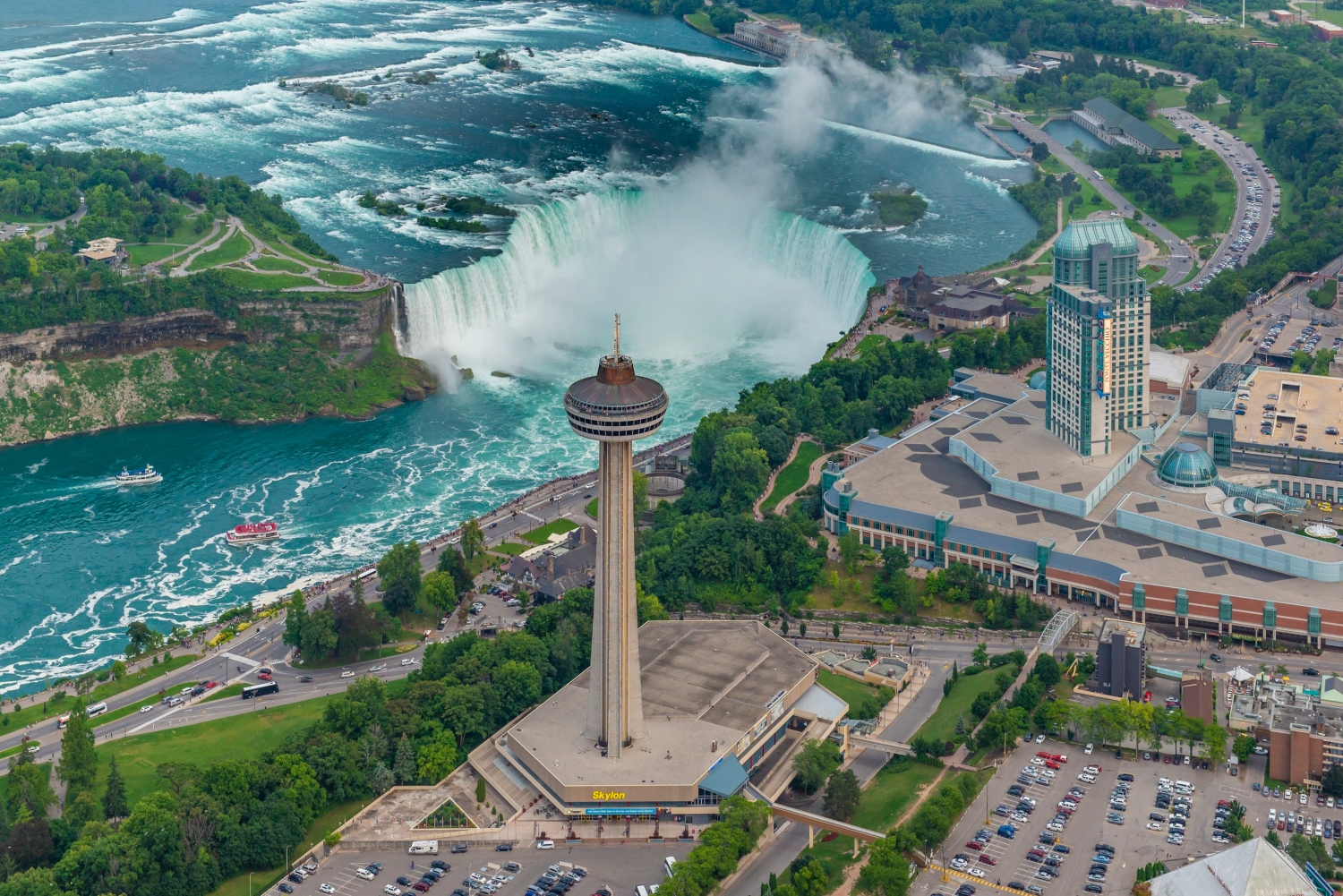 Niagara Falls is located between the state of New York and the province of Ontario. This waterfall is one of the spectacular natural wonders in North America. Niagara is divided into three waterfalls namely Horseshoe Falls, American Falls, and Bridal Veil Falls.

Horseshoe Falls is mostly located in Canada, while American Falls and Bridal Veil Falls are included in the American country separated by Goat Island. This waterfall annually attracts more than 14 million tourists and has managed to become one of the most popular tourist attractions in America. 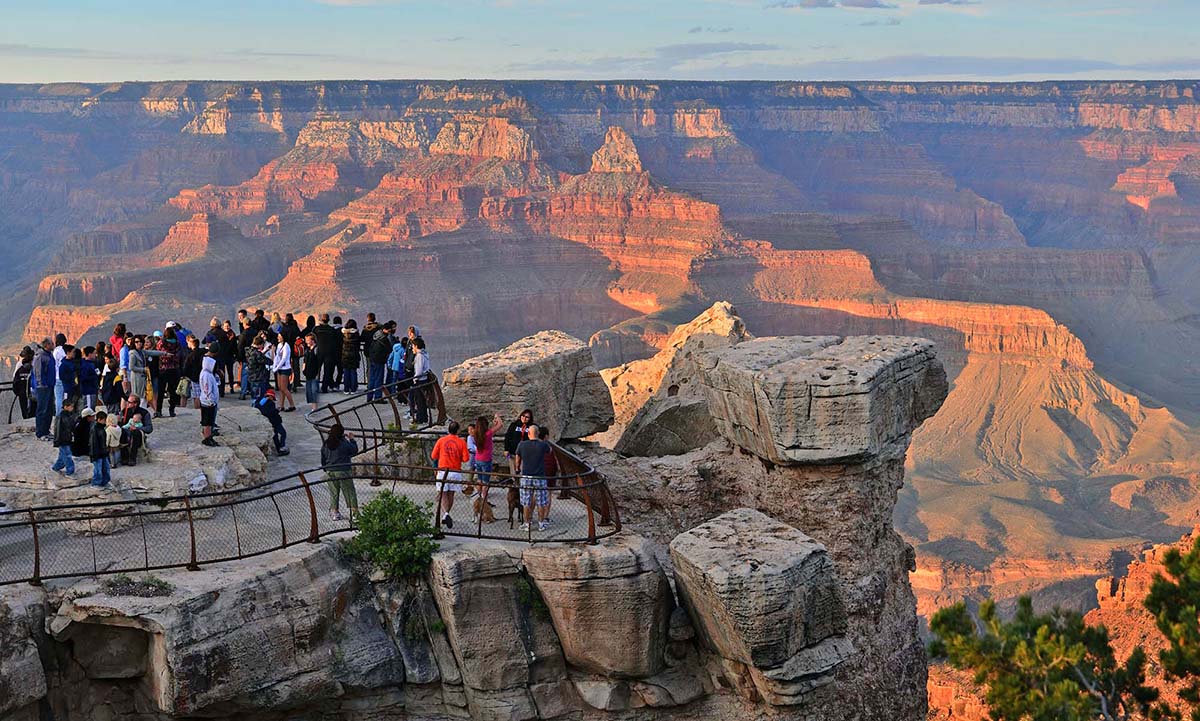 Grand Canyon is located in northern Arizona and is one of the largest and most popular tourist attractions in America. This beautiful canyon was carved by the Colorado River for more than millions of years with a depth of more than 1.6 km and a length reaching 446 km.

Although not including the longest and largest canyon in the world, the Grand Canyon is very unique with its spectacular views and beautiful colors. The South Rim is the most visited part of the Grand Canyon. The best time to visit the Grand Canyon is between June and October because in November to May access will be restricted due to snow conditions.

Don’t forget to share this article with your relatives or relatives if your family or friends want to visit America.